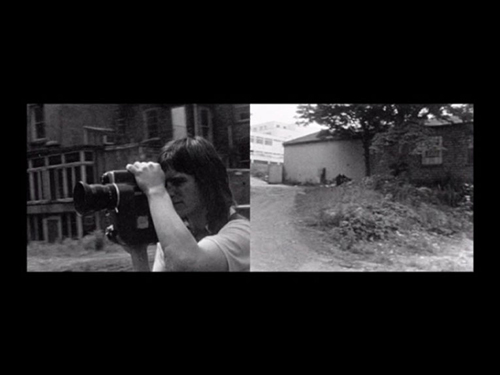 Excavating contemporary art education, a new exhibition in the Atrium Gallery at the University’s Grand Parade site, traces the history of Brighton’s distinctive Fine Art Critical Practice (FACP) degree programme, presenting an ongoing project to build an archive documenting its development, in the context of British art school education post-1960. The origins of FACP lie in the conceptual art practices that emerged in the late 1960s, in the wake of the Coldstream report which restructured art education, and in the subsequent tumult of student protests and occupations of 1968. In 1962 a new DipAD in Fine Art (Painting) was established and a new purpose-built art school building was being built at Brighton College of Art. In 1971 fine art students working with what were then seen as ‘alternative media’ such as film and photography set up a separate studio space, supported by teaching staff such as John Hilliard, Bruce McLean, David Dye and Roy Grayson. The studio became known as Experimental Studies, then Alternative Practice, and subsequently Critical Practice. Although similar courses developed at other art schools up and down the country, FACP remains the longest running experimental fine art course and continues to reinvent itself within changing political and educational climates. John Hilliard’s 1971 film work From and To, made while teaching at Brighton Polytechnic, and recently acquired by The Royal Pavilion & Museums, Brighton & Hove, is shown alongside documents from the newly created course archive, and a visual representation of the course’s history, including staff, visiting lecturers and students, mapped against changes in the structure and funding of higher education.

The exhibition is open until 29 April.