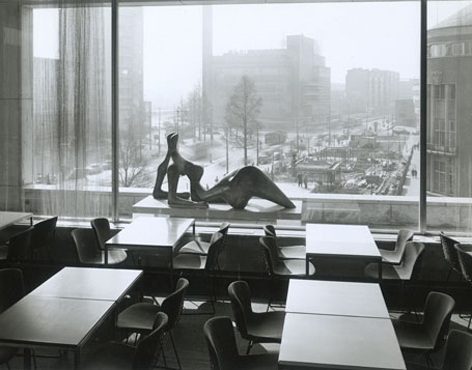 A British Academy-supported conference organized by the Design Archives’ Curator Catherine Moriarty with Gillian Whiteley of Loughborough University, this event brought together a range of scholars to discuss the relationship between sculpture and design. It explored the connections between sculpture and design and sculptors and designers, considering aspects of education, authorship, making and manufacture, display, consumption and critical reception.

The rationale was described as follows:
The relationship between sculpture and design offers a potentially rich, relatively unexplored, field for interdisciplinary attention. Throughout the twentieth century and into the present, sculptural values and design imperatives have shifted. While artists have explored the sculptural resonances of industrial and three-dimensional design, so designers have appropriated the forms, language and discourse of sculpture. Sculpture has colonised domestic, industrial and social space whereas industrial design and functional objects now occupy the gallery. From the earliest ready-mades to contemporary multiples, the mass-produced has found itself re-located, re-displayed and re-interpreted.

Sculpture-and-DesignProgramme.pdf at University of Brighton, College of Arts and Humanities [pdf 496.3 KB]

images at University of Brighton, College of Arts and Humanities