IFORE is a Franco-British project, co-funded by the European Union (Interreg programme), for sustainable retrofitting of social housing.

The aim of the IFORE programme 2011-2014 was to incorporate technologies within social housing in France and the UK that will quarter energy consumption. The €6.3 million project is 50% funded by the Interreg IVA ERDF (European Regional Development Fund), which will continue until 2014.

Co-ordinated from project leader Professor Mike McEvoy at the University of Brighton, the initial project was a large-scale experiment involving 100 homes on each side of the English Channel. The findings from these 200 properties will guide the future retrofit of 10,000 homes, as well as influence national policies in both countries. In the UK, the site of Rushenden (Isle of Sheppey, Kent) was chosen by AmicusHorizon and the town of Outreau , close to Boulogne-sur-mer, by Pas-de-Calais habitat.

The aim of the IFORE project was to harmonise both the technical and human aspects of innovation in eco-retrofitting. State-of-the-art low energy solutions are being developed using computer simulations by researchers. At the same time, the housing
associations will mutually develop effective ways to involve communities in carbon reduction initiatives.

The IFORE project is unique as: 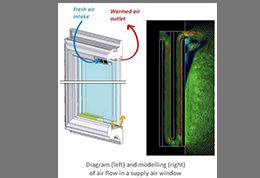 Modelling and instrumentation in the development and assessment of the IFORE project. 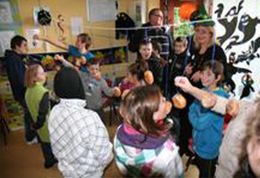 The importance of occupants' behaviour in the success of energy performance policies and projects is more and more recognised. 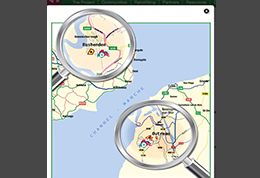 Partners at University of Brighton, College of Arts and Humanities 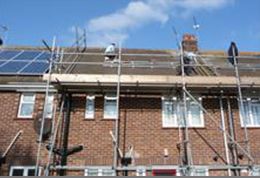