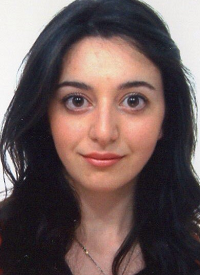 The role of historical negative paradigm in Attic oratory.

Greek literature is impressively composite: Epic poetry, Tragedy, Oratory, Lyric poetry, History, among the others, are literary genres with their own rules and stylistic requirements. However, confronting these genres, it is difficult not to note some ‘interactions’ that cross literary boundaries. Attic speeches in IV century BC, for instance, appear to be teeming with political ideas and historical references. Particularly, Attic orators provide a link with the historical past in order to ‘use past events as indications for the future’ (Andoc. 3.2). Some episodes happened in the past seem therefore to be selected on purpose, to become useful paradigms for the present. After all, Aristotle explicitly theorizes that the example is a rhetorical means of proof (Aristot. Rh. 2.20.1). However, a fundamental distinction has to be highlighted: historical examples appear to be treated differently according to the kind of speech the orator would have pronounced. For instance, it has been observed that epitaphioi logoi, those linked with a specific public occasion, use just positive examples, mostly taken from a mythical and undefined past; thus, it is not uncommon that in this kind of speeches inglorious episodes are shaped into a positive light. On the contrary, in deliberative speeches (those held in political debates), historical defeats are not erased or transformed, but sometimes admitted as admonishments, because ‘the examples furnished by (…) past mistakes are enough to prevent men of sense from repeating them’ (Andoc. 3.32).  But how freely past events could be questioned? The aim of my research is exactly to analyze how the historical past could be used as a negative reference by Attic orators, and to evaluate how this usage affected Attic propaganda and civic identity. In other words, I will investigate how and why the historical negative example was employed in Attic speeches, specifically deliberative ones.