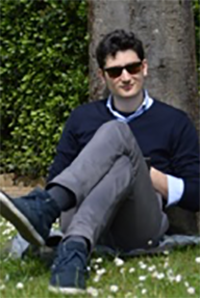 In this comparative study, I will explore the relationship between literature and science in the late 19th century both in Italy and Great Britain, by analyzing the role played by pseudo-sciences such as criminal anthropology and phrenology in the evolution of late-Victorian Gothic and crime fiction.  By adopting a comparative and interdisciplinary approach and focusing on the cultural anxieties that marked this period, I will investigate the transnational circulation of ideas and narratives by means of the spread of the pseudosciences. First of all, I intend to examine the hitherto unexplored body of literary criticism written by pseudoscientists, which influenced both popular opinion and popular writers. Secondly, I will explore the continuities and mutual influences between Italian and British authors, including Arthur Conan Doyle, Richard Marsh, Marie Corelli, Francesco Mastriani and Carolina Invernizio. Thirdly, by investigating those hybrid zones where the conventions of the Gothic mingle with those of other popular genres, I hope to shed further light on the interplay between these neighbouring literary genres and on the role pseudosciences played within their development.