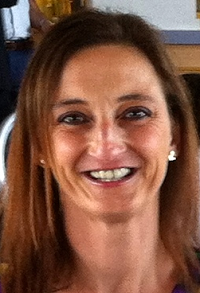 Inside, Outside: Contested Spaces in Young Adult Literature set in Israel/Palestine.

This is an investigation of the shaping influences on both real and imaginary spaces inYoung Adult fiction (YAF) set in Israel/Palestine (I/P), and how the construction of such spaces shape the narrative.  YAF is a term that originally denoted contemporary-set realist fiction and addressed real issues facing adolescents; this sub-genre set in I/P offers frank representations of quotidian life and conflict over space and place. I will study geopolitical influences on the texts and situate them in relation to spatial theories proposed by Soja and Westphall.  I propose that shifting political discourse surrounding the conflict is reflected in the texts, and having identified discursive shifts in the corpus (published 1969 - 2013) towards an increasingly pro-Palestinian narrative, I will analyse trends in sympathy and track changing Western attitudes presented in a range of broadsheets, focusing on three periods: 1970s (1973 Yom Kippur War), 1987-1990s (First Intifada) and 2002 onwards (construction began on the Separation Wall between Israel and the West Bank).  This project will lend a new perspective by providing a context for the historical development of this sub-genre, interpreting it in the light of spatial theories and by suggesting new ways of understanding geopolitical influence on space in YAF. Spatiality, has not, to date, been brought together with YAF set in I/P; the ownership of, and movement through space and place dominates and sustains both the ongoing conflict and the narratives in this literature. Thus, spatiality presents an apposite methodology to the proposed thesis.  The popularity of YAF and the rise of spatiality as a prevalent critical theory, render this project a timely investigation, making a valuable contribution to spatial and literary theory, I/P studies and research into YAF; the results of which may present new routes to understanding the effect of geopolitics on adolescents living in conflict zones.