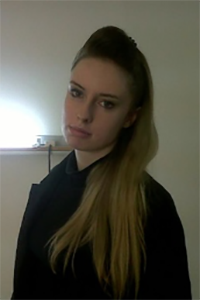 The period following World War One was a time of fervent speculation on the making and reshaping of human nature; the perfecting of psychological characteristics, emotional and behavioural discourse and the drive toward international harmony following the war, in Great Britain.  In the wake of its horrors much utopian thought centred on the changes of world reconstruction by means of reorganised international community in which the possibility of war had been eliminated.  Alongside speculation on the political measure by which this could be achieved, ideas for the institution of world peace were frequently premised on the need to alter the fundamental human psychological and cognitive structures.  The world could not be made anew unless man changed.  This meant that war vitalized a broad discourse that saw human cognitive capability as a pliable instrument capable of reshaping and improvement.  This interaction will be examined by interdisciplinary research that addresses the relationship between internationalism and different technologies of the self within scientific, life reform and occultic circles.  Attempts at psychological improvement via psychoanalysis, Pelmanism and Coueism will be situated alongside scientific attempts at emotional and moral reshaping through glandular manipulation and methods aimed at the cultivation of enhanced spiritual states such as yoga and meditation.  While the life sciences and occultism interacted prior to 1914, my thesis puts forward the contention that the post-war drive towards international harmony had a crystallising effect in uniting the two discourses through the permeation of a shared ideological outlook within the two domains and the creation of new networks that fostered interconnectivity.  The research thus attempts to map the instability of the boundaries between science and mysticism and the ways in which they came to be constructed.