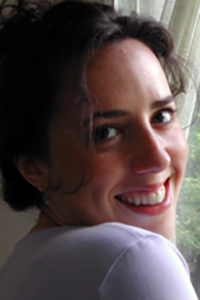 Boat of Letters: Exploring the Poetics of Reticence

My research offers a critical analysis and praxis of a literary style I am calling “the poetics of reticence.” This term accounts for writing that employs the following strategies: absence of narrative information; lack of description; disruptive pauses; and stillness instead of sound.  The practice-based component of my research builds on the poems in my first book, Morning Prayer (Sheep Meadow Press), which experimented with the strategies above. The collection, Boat of Letters, written for this PhD, will complicate and broaden this poetics.  The critical component of my research focuses on Emily Dickinson, known for her poetic “art of silence.”  In order to contextualise Dickinson’s radical poetics of reticence, I will examine the archive of early American women poets at the British Library. I will then delve into the structures behind the reticence in Dickinson’s poems, demonstrating that Dickinson invented a semiotic form of writing which disrupted the symbolic (patriarchal) conventions of logical grammar, syntax, and narrative expectation, creating an art of power through silences. I will also explore how the King James Bible was a key source for the reticence found in Dickinson’s poetry; an understanding of this places Dickinson in a literary tradition and dispels the myth of the genius woman poet as anomaly.