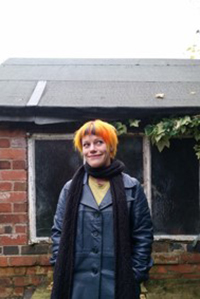 Thinking as music, and thinking as dancing: the emergence of novelty in eternal return.

The nature and possibility of novelty is of concern across many disciplines, and to artists, scientists, political thinkers and many others. The philosophers who have engaged most prominently with this issue, such as Deleuze, Derrida and Badiou, have all drawn upon Nietzsche’s ideas on overcoming and eternal return.  However their interpretations of his thought are not only radically different, but also occlude Nietzsche’s discussions of music and dance, which I argue are vitally important to an understanding of his thought. My project will address this omission by examining how Nietzsche’s writing on music and dance informs his doctrine of eternal return and putting this reading into conversation with contemporary practitioners of these arts.  Nietzsche understands novelty as a process which emerges immanently from current conditions rather than as the result of a complete break or rupture from what has gone before. This immanent process is outlined in the doctrine of eternal return, which holds that, when confronted with the idea that our whole lives, the world, and every thought and act in them will recur eternally, it is possible to reach a radically different awareness of repetition that fundamentally transforms the thinker.  In order to understand how eternal return is able to produce novelty via repetition, I will show how Nietzsche characterises thought in terms of both music, using the work of composers such as Schoenberg and Boulez to explore repetition and variation in music, and dance, engaging with the work of choreographers such as Limón and Cunningham to explore the creative possibilities of the dancer’s relationship with gravity. In this way my project will offer a revised understanding of eternal return, supporting the possibility of immanent rather than transcendent change which has been the focus of current debate on the nature of novelty.