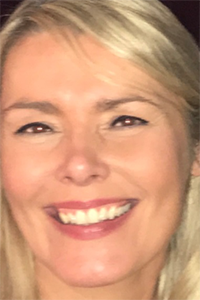 This project will demonstrate how the writings of English nuns in exile offer new ways of interpreting the experiences of cloistered and uncloistered early modern women. I aim to bring critical attention to a range of female communities, illustrating the ways in which their lives varied dramatically between Protestant and Catholic societies, enclosed and uncloistered convents, and within the same religious order. The research will prove that these nuns did not exist in isolation but were connected to other Catholic women, including seventeenth-century canonical writers such as Jane Barker and Elizabeth Cary.Understanding how these nuns did not exist as one homogeneous group is crucial to establishing a historically accurate image of early modern women. I will show how nuns’ writings relate to the works of seventeenth-century female writers, and therefore contribute to the larger fields of women’s writing, early modern studies and religious studies. Letters, biographies and chronicles written by the English nuns Mary Ward (1585-1645) and Winifred Wigmore (1585- 1658) not only address religious issues, but also overtly challenge the patriarchal hegemony of early modern society. These nuns’ writings reveal the strong female bonds that existed within their communities, their willingness to subvert religious authority, and their promotion of female education. Their works celebrate the resilience, determination and accomplishments of early modern women and reveal how spiritual matriarchies offered women various opportunities for agency, spiritual and intellectual fulfilment.Early modern English nuns and writers, such as Barker and Cary were all writing as outsiders, either from a position of exile or within a society where Catholicism was illegal. The nun’s writings can be read in relation to themes explored by Jane Barker in Poetical Recreations, 1688, a number of early manuscript poems and the Galesia narratives, which celebrate female companionship, learning, celibacy and the escape from Protestant marriage.