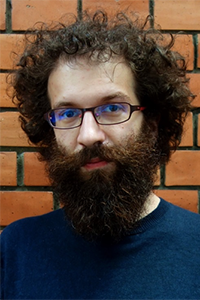 This study will look at verbal structures which comprise more than one verb, but have a complex semantics
which is not entirely predictable from the literal meanings of the constituents (e.g. John is going to sing a
song). The world’s languages show a great deal of variation in the characteristics of multi-verb constructions (MVCs) and there is little consensus about how these structures should be incorporated into theoretical models of language. I will investigate this problem using data from a range of Kypchak languages (spoken in Kazakhstan, Kyrgyzstan, China, Mongolia and Russia) which have very complex systems of MVCs. Their analysis will produce a fine-grained model of the internal linguistic peculiarities of the Kypchak family and allow a wide range of theoretical hypotheses about MVCs to be tested. Little is currently known on complexities of how component parts of MVCs and the temporal, aspectual and modal subcategories they induce interrelate to each other. Therefore, a substantial part of the study will focus on a certain subset of MVCs in Kypchak languages for which the semantics and morphology currently have no viable account.
In order to formalise these phenomena, I will use a combination of existing linguistic frameworks in a novel
way. I will use Head-Driven Phrase Structure Grammar as a base, but I will incorporate notions from
Paradigm Function Morphology and Network Morphology to account for the major problems surrounding the
structure of MVCs. Since these frameworks are not yet fully developed, I anticipate that my data will
integrate aspects of these theories to better account for cross-linguistic data than existing models. The
resulting analysis will stand as an alternative for the rather petrified analyses that consider auxiliaries as
raisings, and will contribute to studies on morphology-semantics interface, which is a rapidly expanding
branch of linguistics.