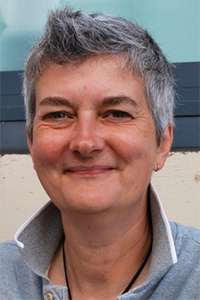 The aim of my thesis is the re-examination of late seventeenth-century lesbian history and the development of a new theory/methodology of the ‘Lesbian Gaze’ (Mulvey, 1975) which will seek to eroticize women’s writing of the period.

Using a queer perspective, including the work of Foucault, Traub and Halberstam and utilizing a historical understand of gender, the body, sexual anatomy, sexuality and women’s relationships, my research will investigate how restoration libertinism inflected women and how female-female love, desire and eroticism were represented.

It will consider how women responded to the emergence of discourses of libertinism in Restoration London, what a re-examination of late seventeenth-century discourses of sexuality and gender from a queer perspective will reveal about gender and female sexuality in the city at this time, and what textural and visual devices and tropes were used to disrupt prevailing discourses on, and representations of, gender and sexuality.

Such ideologies are both challenged and reinforced by literary tropes and discourses: for example, the masquerade, the creation of feminized pastoral/utopian spaces, the feminization of Christianity, triangles of desire and evidence of linguistic epistemological indeterminacy, all of which offered a degree of fictional and actual sexual freedom to women, and which I shall investigate.