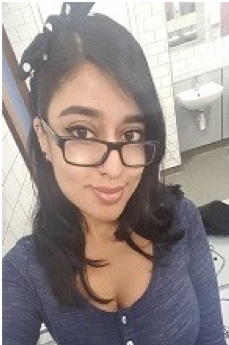 Investigating ‘The Masculine Female Grotesque’ in Narrative and U.S. Women’s Prisons Through Orange is The New Black (2013-)


By developing ‘The Masculine Female Grotesque’ as a new theoretical concept, the proposed research aims to provide insights into the unruly, transgressive female body, both as it is constructed in narrative, and as it functions to resist oppression in the US women’s prison. Using the North American web-television series, Orange is the New Black (OITNB), as a case study, I intend to show that analysing a fictional narrative set in the women’s prison can provide fruitful, timely insights into the real-life narratives of women incarcerated in wider society. This research is important because it speaks to a contemporary cultural moment in which: 1) an increasing amount of (mainly Black and Minority Ethnic) women are being incarcerated as part of the global Prison Industrial Complex; and 2) various media narratives are being produced about experiences of women prisoners.

To achieve this aim, I plan to analyse OITNB through content analysis and narrative thematic analysis. This will be done to identify how the programme constructs certain meanings around the grotesque, masculine female body as a narrative element that both shapes and is shaped by other story features, namely plot events and the women’s prison setting. Hence, I will explore how OITNB generates a storyworld about the experiences of incarcerated women. Subsequently, literature on two important feminist theoretical concepts, The Female Grotesque and female masculinity, will be synthesised, built upon and advanced. More specifically, I will critically examine what OITNB’s narrative reveals about the unruly, transgressive female body as it functions to resist racism and sexism in the U.S women’s prison.

By achieving this aim, I seek to: 1) synthesise, build upon and advance theories around narrative, The Female Grotesque and female masculinity; and 2) further understanding of grotesque, masculine female corporeality as a subversive feminist performance in broader socio-cultural contexts.