Navigating the Analogue, the Digital and the Archive 2015

The two-day event took the archive as its starting point

This two-day workshop for the AHRC-funded ARENA (Arts Research Enrichment Activities) project held on the 5th and 6th of March, 2015, was hosted by the Design Archives and led by Professor Catherine Moriarty. Over the two days we sought to unpick what the archive meant in the past for researchers and academics and what it means now. We wanted ARENA participants to look closely at how the archive remains both a tangible site and repository but also at how the term has evolved, becoming a powerful metaphor across the humanities, a vital element within critical and cultural theory, and how it now pervades the language of daily life. Allied to this, we wanted to explore how the very components of the archive and the environments in which archival content is preserved and interrogated have evolved and will continue to evolve. To this end, we built a journey about material transformation that also emphasised transformation in meaning. 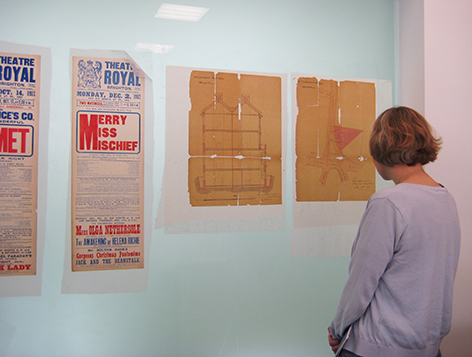 "My previous knowledge and understanding of the archive was pretty basic so the workshop has definitely enhanced my understanding and ignited an interest in using archives for my own research."

The first day of the workshop took place at The Keep and focused on the materiality of texts and images, and then the dematerialised text and image. We wanted to consider how texts rest on and inhabit supports that are made in particular ways at particular times – be it papyrus or a Powerpoint slide.

It began with a presentation by Sirpa Kutilainen (Design Archives Preservation and Digital Resources Co-ordinator) in which the technologies and labour of papermaking were aligned with a discussion of the form and material properties of paper. Involving the handling of various samples, the session concluded with a tour by Melissa Williams (Conservator, The Keep) who led participants through the public, secure storage and conservation facilities of The Keep. 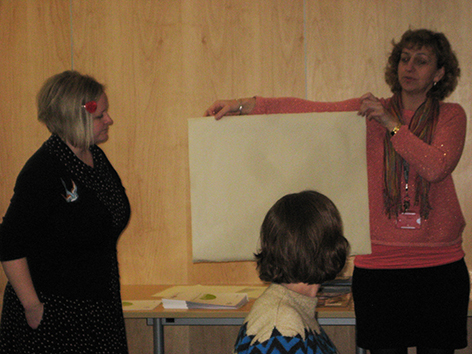 The second session, led by Professor David Arnold (University of Brighton) introduced the notion of the surrogate in both historical and contemporary contexts. It considered how, in the 1800s, numerous works were copied in plaster ranging from large-scale architectural features to smaller scale sculptures for use mainly in exhibitions and education. More recently, opinions have tended to emphasise the need to have access to the original artefact and its embedded narrative. Professor Arnold then explored the range of digital objects that might be considered as surrogates and the cultural heritage challenges that they can help to meet, alongside the curatorial and research concerns that arise in their use. 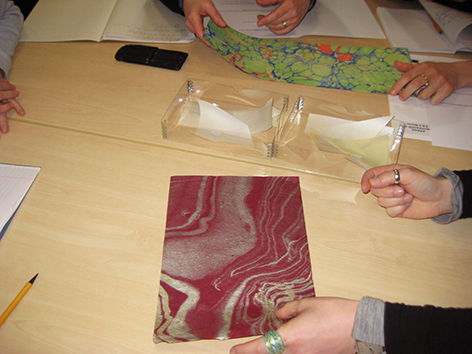 "The workshop encouraged me to be more open-minded in regards to archives and their role as a repository of public knowledge."

Moving on from the materialised to the dematerialised context we then sought to focus on the archive as an information structure and the importance of understanding how the archive is shaped by its arrangement and description, and how these ideas have evolved over time. Our final session 'The theory and practice of archives: an introduction’ was led by Sue Breakell, Design Archives Archivist and Senior Research Fellow. 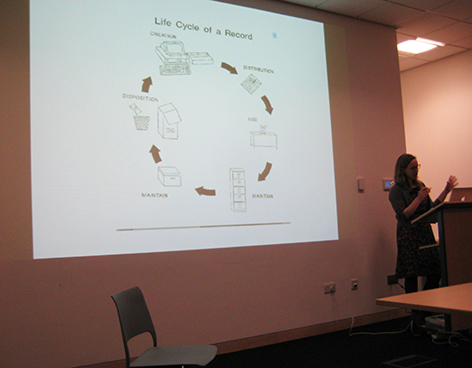 "It’s vastly contributed to my understanding of the complexity of the issues of authority on the archive, and also how the information is ordered and presented to us."

Her talk introduced participants to the professional work of archives and the historical foundation to the theories that underpin the key principles of archival practice. Her talk demonstrated the hierarchical structuring of archival information that makes it so distinct from library or museum collections. She also considered contemporary debates about archives and records management in material and digital contexts. 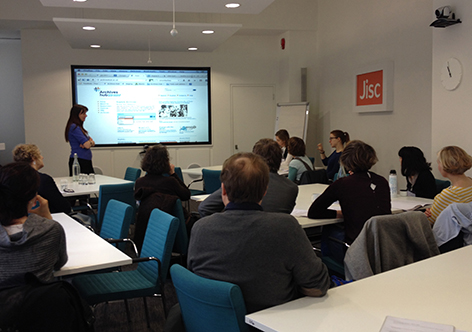 "It was great to be reminded of the material culture of objects and to get a very incisive theoretical framing."

The second day of the workshop took place at the offices of Jisc, in London. The first session, led by Jane Stevenson (Archives Hub Manager, Jisc), introduced participants to the concept of linked data and how information in electronic environments can be accessed and connected in ways that move across the traditional archival structures explored the previous afternoon. Jane invited participants to comment on their experiences of searching and finding information on the web, on searching versus exploring, and on their understanding of connections between different kinds and sources of data.

This was followed by Anna Kisby (Data Editor, Exploring British Design) who introduced the concept behind this AHRC-funded Design Archives/Jisc project. Anna described the role of name authority files and the ways that compiling data about individuals has the potential to build news stories and connections that complicate and extend conventional monographic and hierarchical data models.

The final session, led by Dr Lesley Whitworth (Design Archives Deputy Curator) addressed the circulation of archival objects beyond the archive and notions of curation and interpretation. It took the form of a visit to the Hayward Gallery exhibition History is Now: 7 artists take on Britain. The exhibition included a section curated by artist Richard Wentworth in which various items from the University of Brighton Design Archives and from the V&A were arranged alongside artworks and publications from the immediate post-war years. Discussion centred on issues of custodial care and the fluidity of meaning that representation and exhibition brings about. 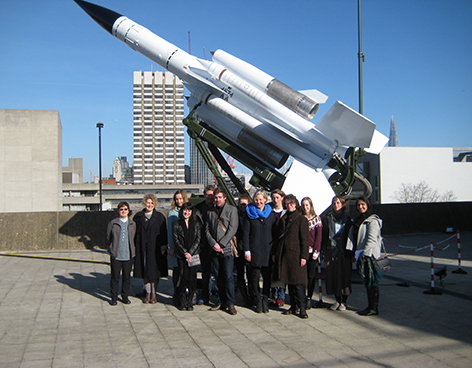 "If we don't work to improve the marginalised not being visible in searches, the digital age contributes to the prejudices of past societies."

Participants then explored the other sections of the exhibition in which artists addressed questions of cultural history in numerous ways. It proved to be a lively and thought-provoking conclusion to two days of absorbing debate.

Participants were invited to read the following texts prior to the workshop:

Participants were also invited to explore The Archives Hub and The Prototype History Research Tool of Social Networks & Archival Context, and to undertake searches relevant to their own research.