The SASE marquee will showcase newly digitised films in a bespoke programme of rural film with a new musical score by Nina Humphreys. Screening for the first time will be a compilation of film charting the changing nature of our rural landscape over the last century featuring traditional farming methods, life and work in the countryside including romany life and a school farm, and rural practices such as bee keeping and the making of horseshoes.

The films in this collection were digitised with funding received from the British Film Institute's Unlocking Film Heritage Project. 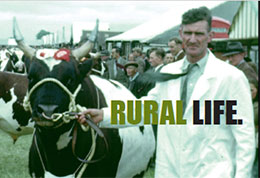