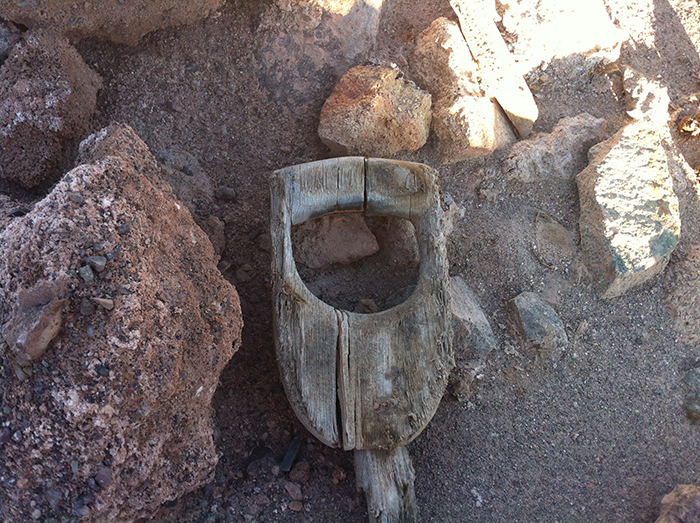 The handle of a shovel: history and materiality between Chile and Britain in late nineteenth century nitrate trade

On the surface of slag heap in an abandoned nitrate works lay the handle of a shovel. The works, Alianza oficina, in the Atacama desert region of Chile, is one of many disused nitrate sites once owned by British forms that, from the late nineteenth to early twentieth century, dominated the extraction, manufacture, transport and export of highly valued ingredient of fertilizers and explosives. The handle of the shovel is part of the material culture of the nitrate industry that has been looted and disregarded more systematically that it has been collected and preserved. Shovels were used by ripio workers to load and unload waste from the chemical manufacture of nitrate. A image of ripio workers, hands on their shovels, appeared photographic album that presented an industrial survey of Alianza as a ‘souvenir’ to the head of Antony Gibbs and Company, Lord Aldenham, at his City of London offices, by representative of his firm in Chile. Some consideration of the meaning of shovels and the work of shovelling in driest landscape in the world unpacks, unloads, if you will, a material relationship of monopoly capitalism and imperial adventurism and how material traces reveal the entwined histories but different legacies of the destructive trade in nitrate.