Chelsea College of Art and Design 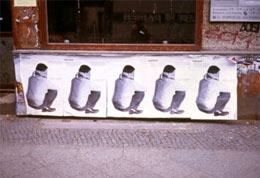 Chuquicamata in northern Chile was once the world’s largest known deposit of copper. Initially developed by the Guggenheim brothers in the 1910s, the mine was the centre of a dispute over the extent of foreign ownership and capitalist control, which concluded with the nationalisation of the ‘Gran Mineria’ by Salvador Allende in 1973. Extractive industries have been the main source of estate revenue for this Latin America nation since colonial times; therefore it remains a highly sensitive political issue. Between 1904 and 1916, large copper ores were purchased by U.S. capital. As a consequence, until the 1970s vertically integrated multinationals controlled the main copper bodies of the country. The paper discusses the repercussions of these firms on Chilean economic systems, as well as their impact in shaping the modern world economy.

Today, Chuquicamata’s mining settlement is disappearing under the residues of the expanding mine; the architecture can be seen as enduring legacy of past colonial interventions. Through photography, I interpret the design typologies of an imported architecture as reflection of a troubled historical past. These designs carried ideas of modernisation and progress; the ruins stand as symbol for their disintegration.

The conference brings together research projects which challenge dominant ways of perceiving identities and bodies, spaces and places as well as questioning their visual representations. Last years keynote speaker, documentary film-maker Eyal Sivan, urged us to ‘re-vision’ these spaces, through acts of appropriation and re-appropriation. These presentations of various modes, from a range of disciplines, will continue to challenge these spaces in what promises to be a day full of creative exchanges of ideas and practices, between Doctoral candidates at the University of the Arts, London and TrAIN, with a selected number of PhD students from other UK Universities.

Keynote Speaker: T.J. Demos is critic and Reader in the Department of Art History, University College London. He writes widely on modern and contemporary art and politics under globalization, and is the author, most recently, of The Migrant Image: The Art and Politics of Documentary During Global Crisis (Duke University Press, 2013), and Return to the Postcolony: Spectres of Colonialism in Contemporary Art (Sternberg, 2013). In 2007, he published The Exiles of Marcel Duchamp (MIT Press, 2007). He also recently guest edited a special issue of Third Text (no. 120, 2013) on the subject of “Contemporary Art and the Politics of Ecology.”