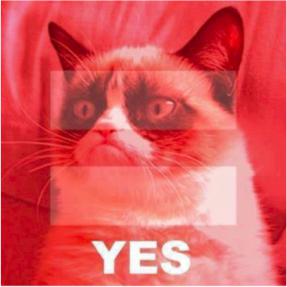 The internet and, more recently, social networking sites (SNS) have become an important arena for sexual politics. They are used for campaigning on particular issues, for the circulation and finding of information and political news, for debate, for connecting with like-minded people, for awareness-raising activities as well as a publishing platform for a range of vernacular creative outputs ranging from political satire to the celebration of lesbian, gay, bisexual, transgender and queer (LGBTQ) subcultures. Social media of the type that encourages users’ creativity (like YouTube or Tumblr) have been exploited as an artistic and creative space by marginalized groups of young people to a larger extent than by youth in general. Yet at the same time we need to be aware that SNS, such as Facebook for example, are carefully managed spaces of civility with clear commercial end aims and users are increasingly up against restricting limitations that make them seek out alternatives or attempt to subvert inscribed norms of mainstream sites. These factors combined present us with a rather complex picture in terms of the type, depth, conditions and extent of use.

This paper explores the conditions and changing style of LGBT people’s digitalized public cultural and political production. It looks at legacies of earlier forms of visual language and aesthetic form of LGBTQ protest as well as developments that are linked to the ways in which media drives and mirrors social transformation.

Exploring the employment of commercialized aesthetics, as well as potential acts of resistance and subversion in the digital realm, the paper raises questions about what happens to strongly subcultural traditions as increasingly the production of meaning is formed on line.

I will look at some larger scale social media campaigns and compare and contrast these with some DIY media production within grassroots LGBTQ youth communities with the aim to give some insight into the exploitation of digital and social media for political advocacy by younger generations of LGBTQ identified people.

Dr Olu Jenzen is Senior Lecturer in Media Studies at the University of Brighton. Her research spans across a variety of overlapping fields of inquiry within Media and Cultural Studies, including the politics of form and aesthetics of political communication. She has also published on cultures of trauma, queer theory and LGBTQ popular culture. Her recent empirical work addresses social media outreach work with socially excluded and hard to reach LGBT youth (Jenzen and Karl 2014). She is currently leading a project on Digital cultures of resistance: LGBTQ Social Media Popular Culture Strategies and Activism and has recently been awarded an AHRC Connected Communities Early Career Development Grant.