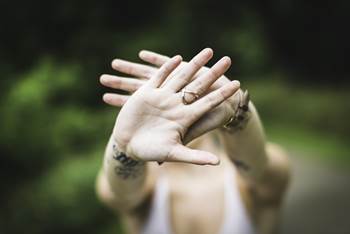 A Tentative History of Shyness

We are expecting a lot of interest in this event so booking is essential. To secure a place book here

Shyness is a mundane, chronic, nebulous and hard-to-define condition. Charles Darwin called it this 'odd state of mind' because it seemed to have no evolutionary benefit: it was just part of the strange human capacity for what he called 'self-attention'. Shyness leaves little evidence behind in archives for historians to consult, because shy people are often disinclined to speak or write about their shyness and tend to communicate its effects on them mutely or tangentially. There is no vast scholarly literature on shyness in the same way as there is on, say, shame or embarrassment. Unlike fear or introversion, shyness has also tended (at least until recently) to avoid scientific definition and medicalization.

Any history of shyness, then, has to be a tentative and elliptical one. In this talk I want to discuss some of the challenges of writing about shyness, but also the opportunities I have found it presents to write a more essayistic, discursive, personal kind of history. The fuzziness of shyness as a topic means that it lends itself to the long essay form. It is a subject that gives you licence to range over quite a wide canvas and lots of different registers – cultural history, literature, anthropology, psychoanalysis, memoir.

Joe Moran is Professor of English and Cultural History at Liverpool John Moores University. His books include Reading the Everyday (2005), Queuing for Beginners: The Story of Daily Life from Breakfast to Bedtime (2007), On Roads: A Hidden History (2009), Armchair Nation: An Intimate History of Britain in Front of the TV (2013). His most recent book is Shrinking Violets: A Field Guide to Shyness, published by Profile in 2016 and in a revised American edition by Yale University Press in spring 2017. As well as academic articles he has written pieces for the Guardian, the New Statesman, the Financial Times and other newspapers and magazines.